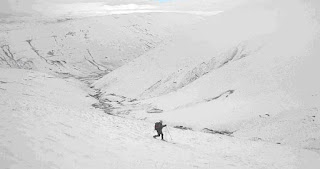 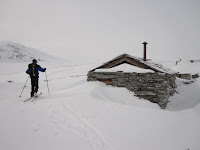 Lakeland XC Club member and experienced ski tourer Tom Higgs will be doing an illustrated talk on Saturday 12 December with the title:
Ski Touring and other experiences - don't be misled!


The talk takes place at Natland Village Hall, south of Kendal, at 7.30pm, and will last approximately two hours. Refreshments and cakes will be available at a small cost.

This promises to be an entertaining talk drawing on Tom's experiences of leading ski tours in Norway and further afield. A must for anyone interested in hut-to-hut touring.

Places for the talk are limited, so to guarantee a place and avoid disappointment, just leave a message on the home page message board giving your name and the number of people interested.
Posted by Mike Smith at 5:01:00 pm No comments:

In return, the sessions are open to Lakeland club members (and potential club members) of any ability interested in roller skiing or enhancing their technique.

The coaching dates are:

Sessions cost £5 per person, including the hire of equipment. Further details, including how to book a place, can be found on the Manchester Cross Country Ski Club website.

Roller ski sessions organised by the Yorkshire Dales Cross Country Ski Club over the summer are the subject of a short film produced as part of Snowsport England's GO SKI GO BOARD participation campaign.

The three-minute video can be found on YouTube - you may even recognise a few familiar faces... 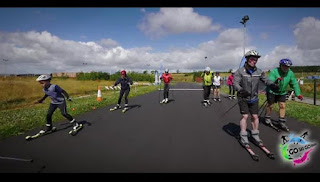 The date's been set for next year's Scottish Weekend - and it's Friday 19 February to Monday 22 February.

The venue is Mar Lodge, just west of Braemar, giving good access to the Glen Shee ski area as well as extensive touring opportunities (hopefully) to the north and south of the River Dee.

There are 12 spaces available which should be reserved early to avoid disappointment. For further details, click here.
Posted by Mike Smith at 9:21:00 pm No comments:

Snowsport England is planning an on-snow coaching awards week at Nordseter, Norway, from 31 March to 3 April 2016 - and is looking for expressions of interest to make it viable.

Full details of  the planned programme and likely costs are on the SSE website.

Dalseter GB Nordic - who are using a number of instructors many of us will be familiar with (Tom Higgs and Dagmar Junghanns, for example) - have published their Winter 2016 programme of  holidays based at the Dalseter mountain hut in Espedelan, Norway. The programme is available here.

We're currently finalising arrangements for the club holiday to take part in the Saalfelden Marathon in Austria on Sunday 7 February 2016. The aim will be to fly out the week before. Updates will be posted on the website. Michael & Helen Smith
Posted by Mike Smith at 10:45:00 pm No comments: